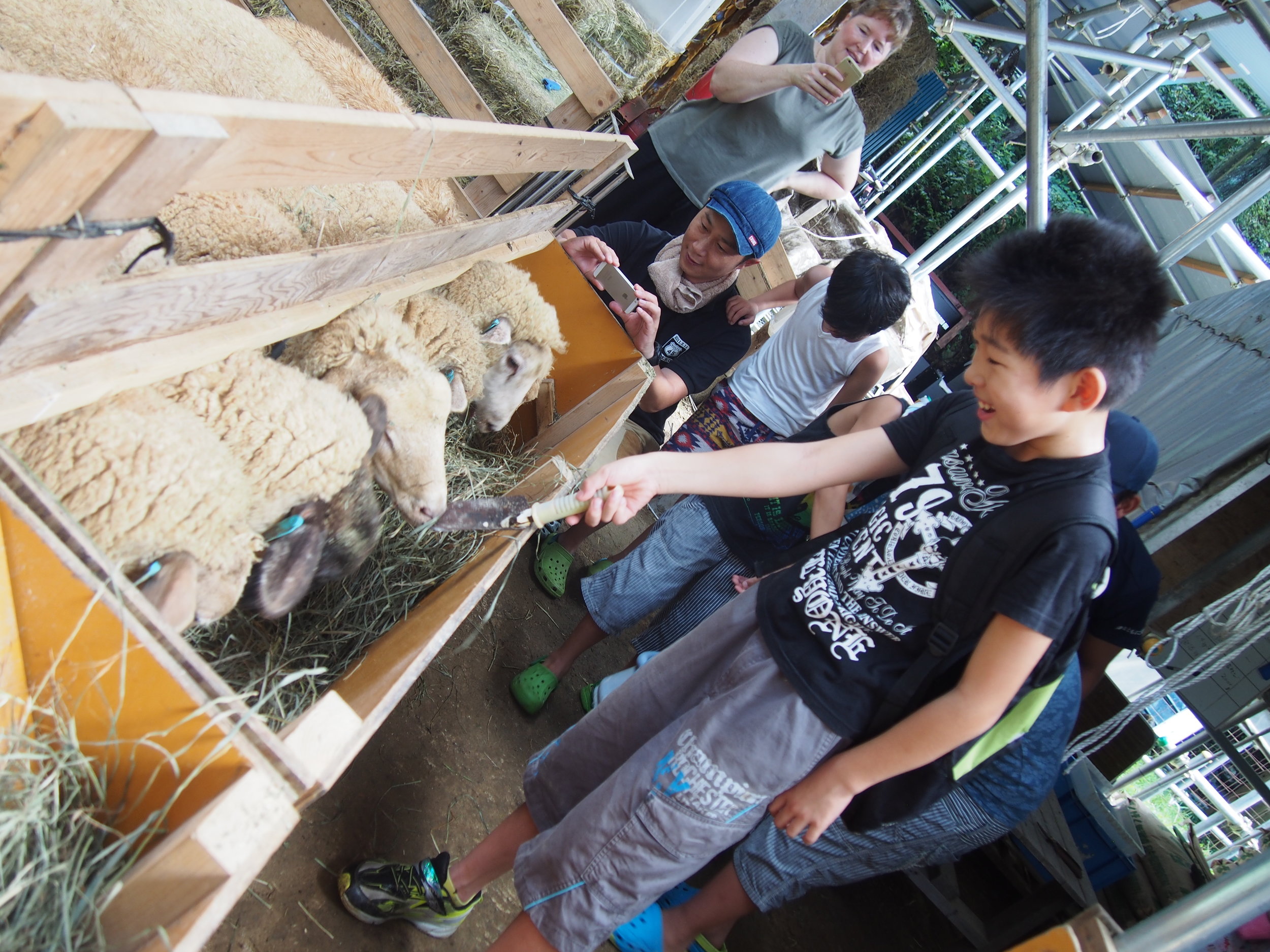 For PTG’s August workshop, we partnered with Satoumi Farm to enjoy outdoor activities with families in Minami Sanriku.

Satoumi Farm is a small local business located in the Utatsu area of Minami Sanriku. They were established to offer a safe space for children to play, which is valuable in the post-tsunami town where children often have to play inside the temporary housing or in the parking lot.

The Farm has about two dozen sheep which are available for petting and BBQ. They also offer a wool weaving workshop and a kayaking experience. The highlight of this workshop was going to be Kayaking but unfortunately it was cancelled due to high waves. This caused a number of families to cancel attendance (we initially had 34 adults and children registered, but the number reduced to 13). 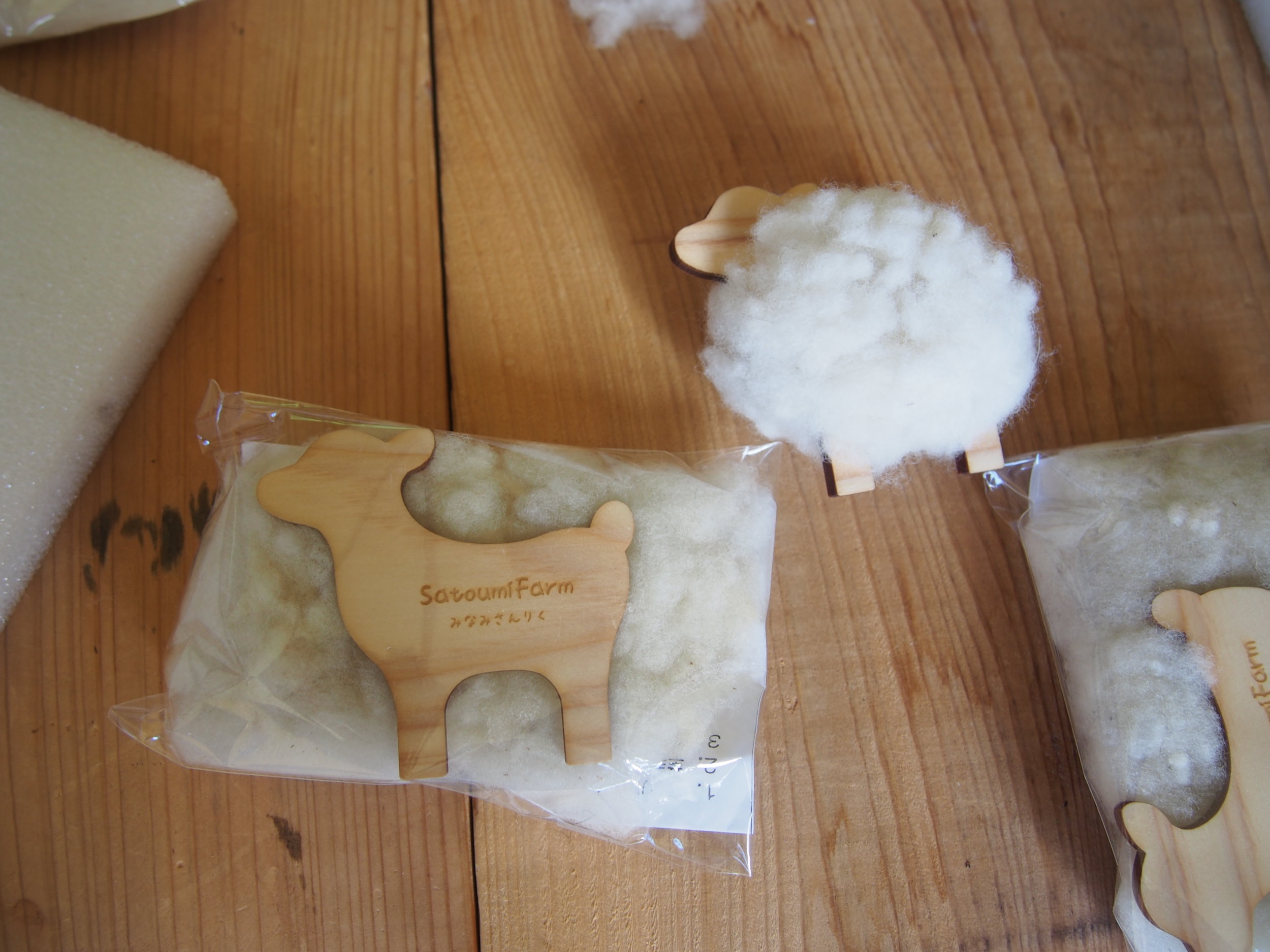 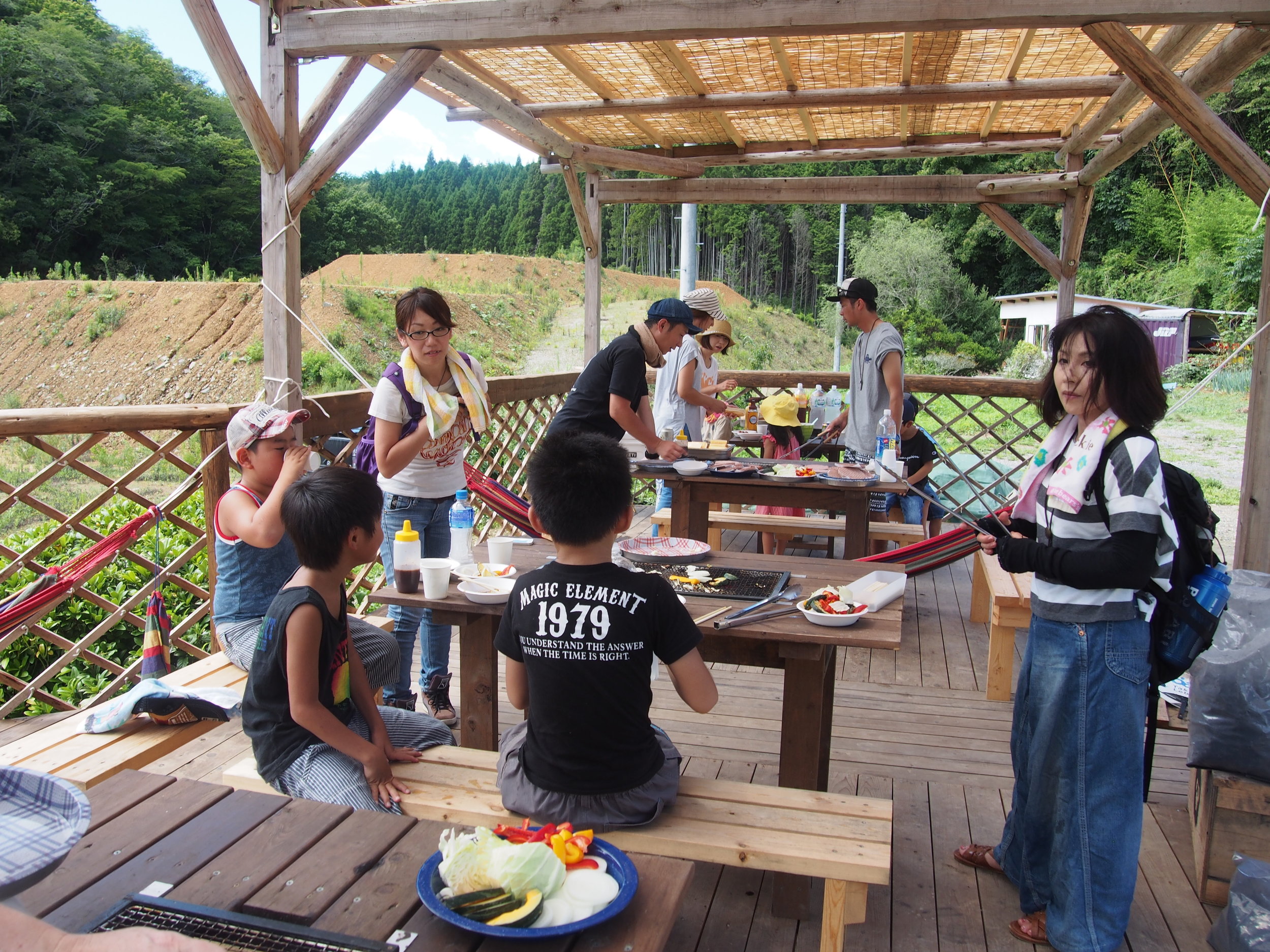 The participants were all boys and they waited on the playground equipment until everyone arrived.

The event started with visiting the sheep. A staff member at the Farm showed 2 kinds of sheep then took the group to the lamb section. The boys had a chance to feed the lamb (the food includes grinded seaweed found on the shore, it is supposed to make the meat tender), and offered an opportunity to clip its nails but they weren’t ready to give it a try.

The group then walked over to the wool workshop hut. We wrapped a small piece of wool around a sheep-shaped wood, and pinpricked over and over until it resembled a real sheep. The moms took over from the boys halfway through to finish the craft, and the boys went back to the playground until the BBQ time.

We started the fire and the boys hung out on the hammocks. The dads were in charge of the grill. Moms caught up on their friendship. Kids ran around, played with the cat (the pet on the Farm) in between eating. After the BBQ the dads took the kids to the shore to cool down. 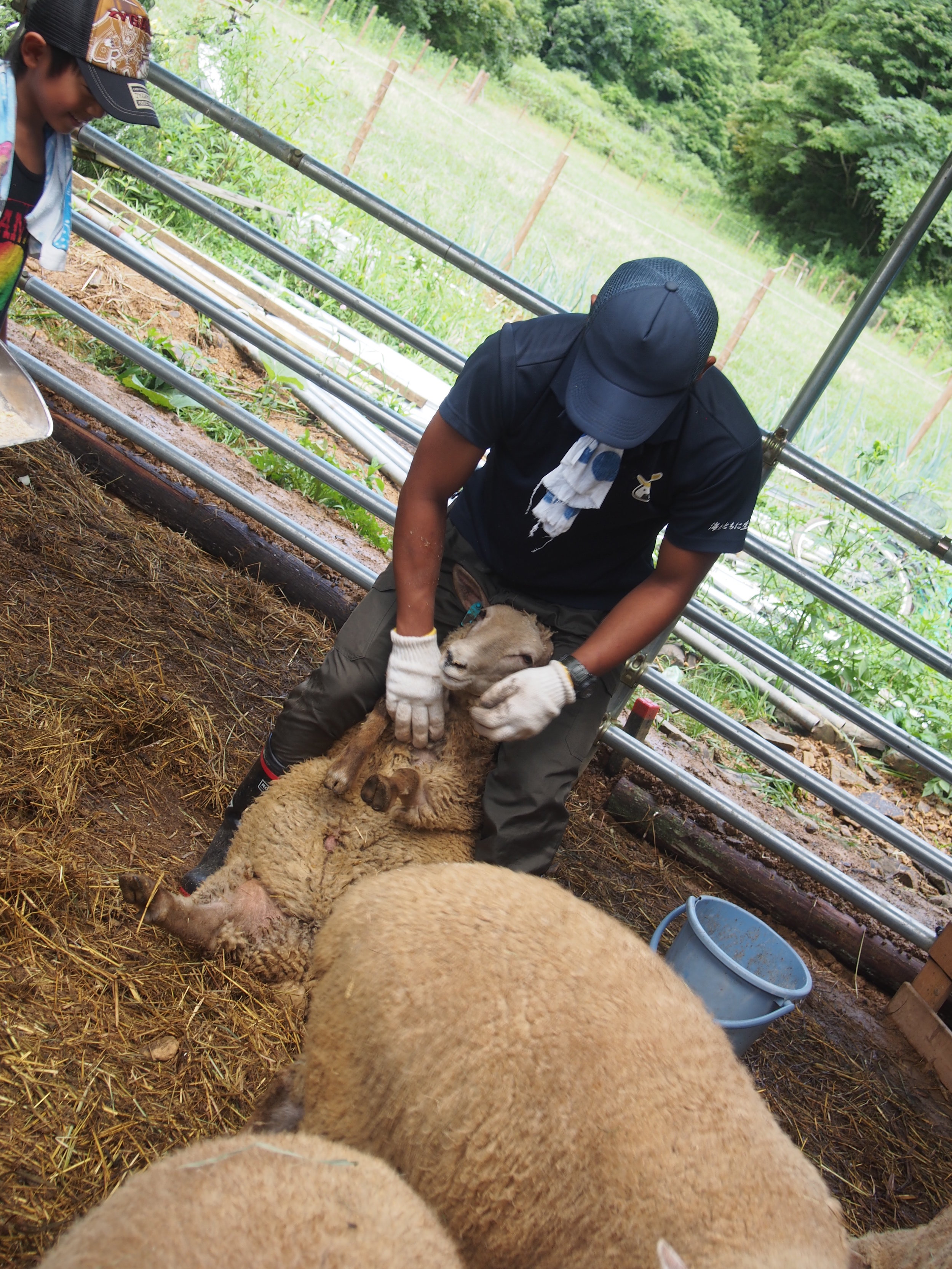 Especially the dads seemed to have been impressed by the American style BBQ. Grilling pates instead of thinly sliced meat is new enough, but making a hamburger by putting it between the buns is not something Japanese people normally do at a BBQ.

Satoumi Farm started a few years after the tsunami by the people outside of Miyagi. Thus not all local people are familiar with the business. This workshop may have served as an opportunity to connect the old and new residents of MSR. For example, Hoshi-gumi paid a quick visit during the workshop, it was their first time to see the Farm and they mentioned they possibly want to use this space for future events. 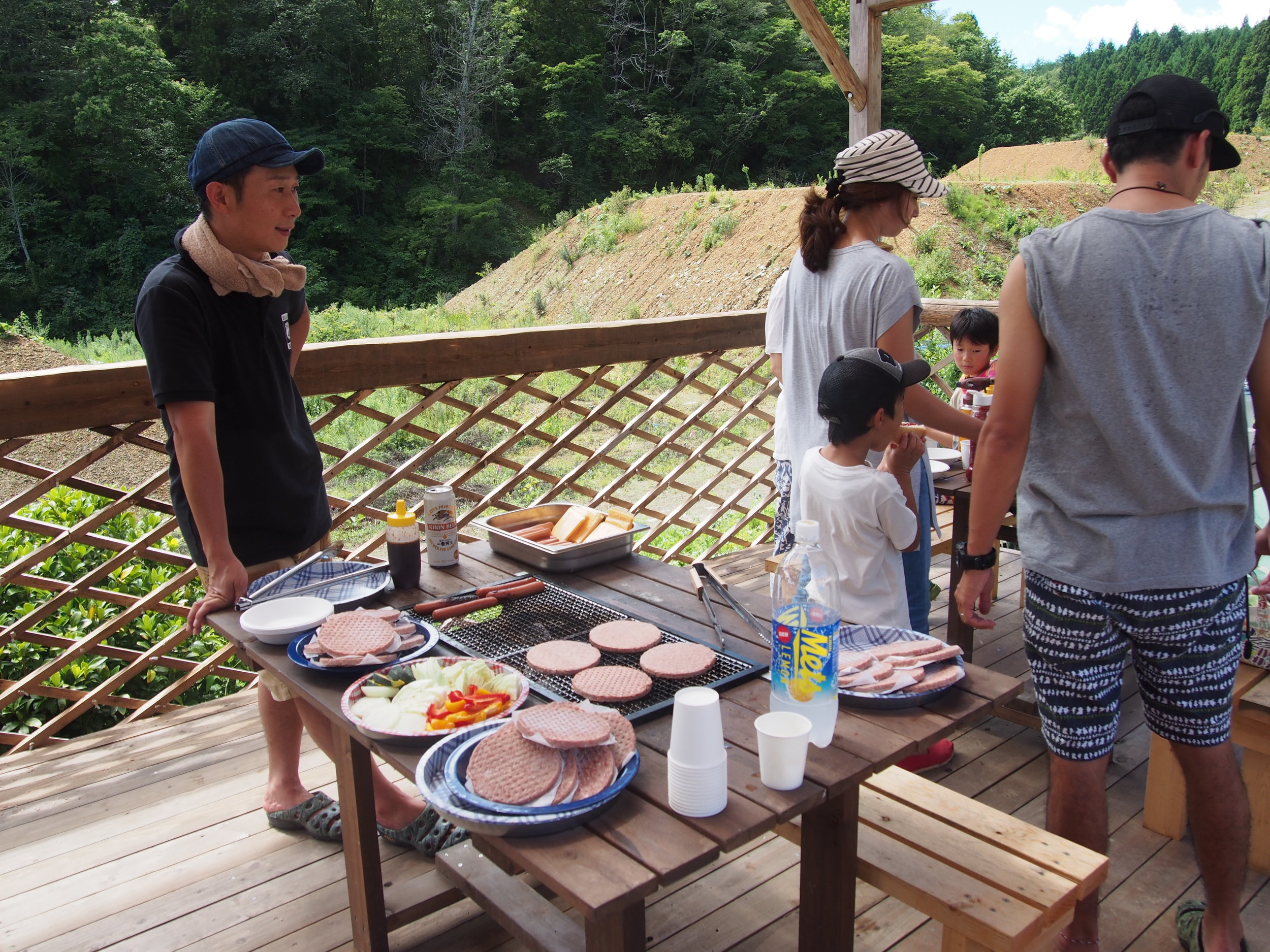 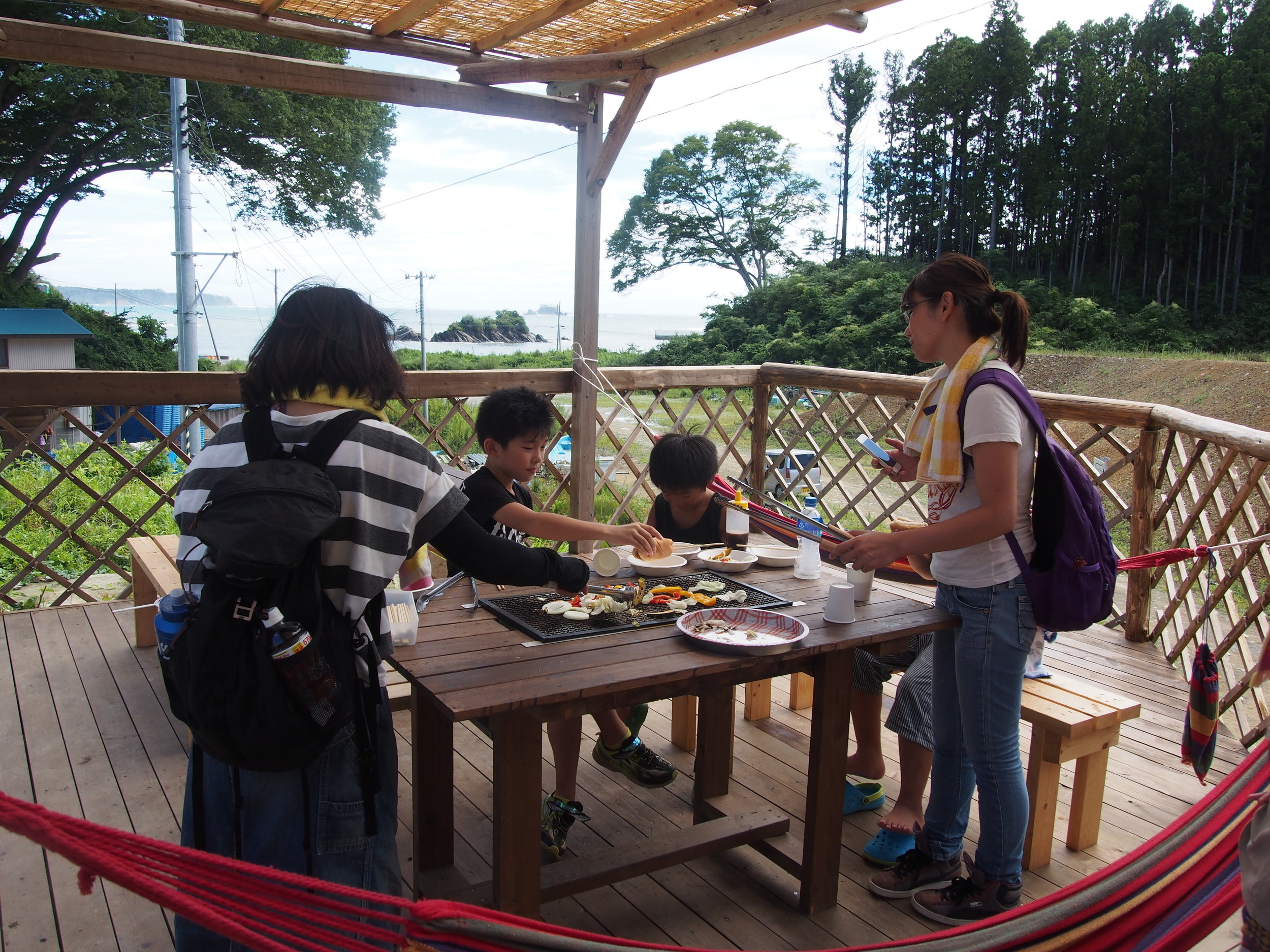 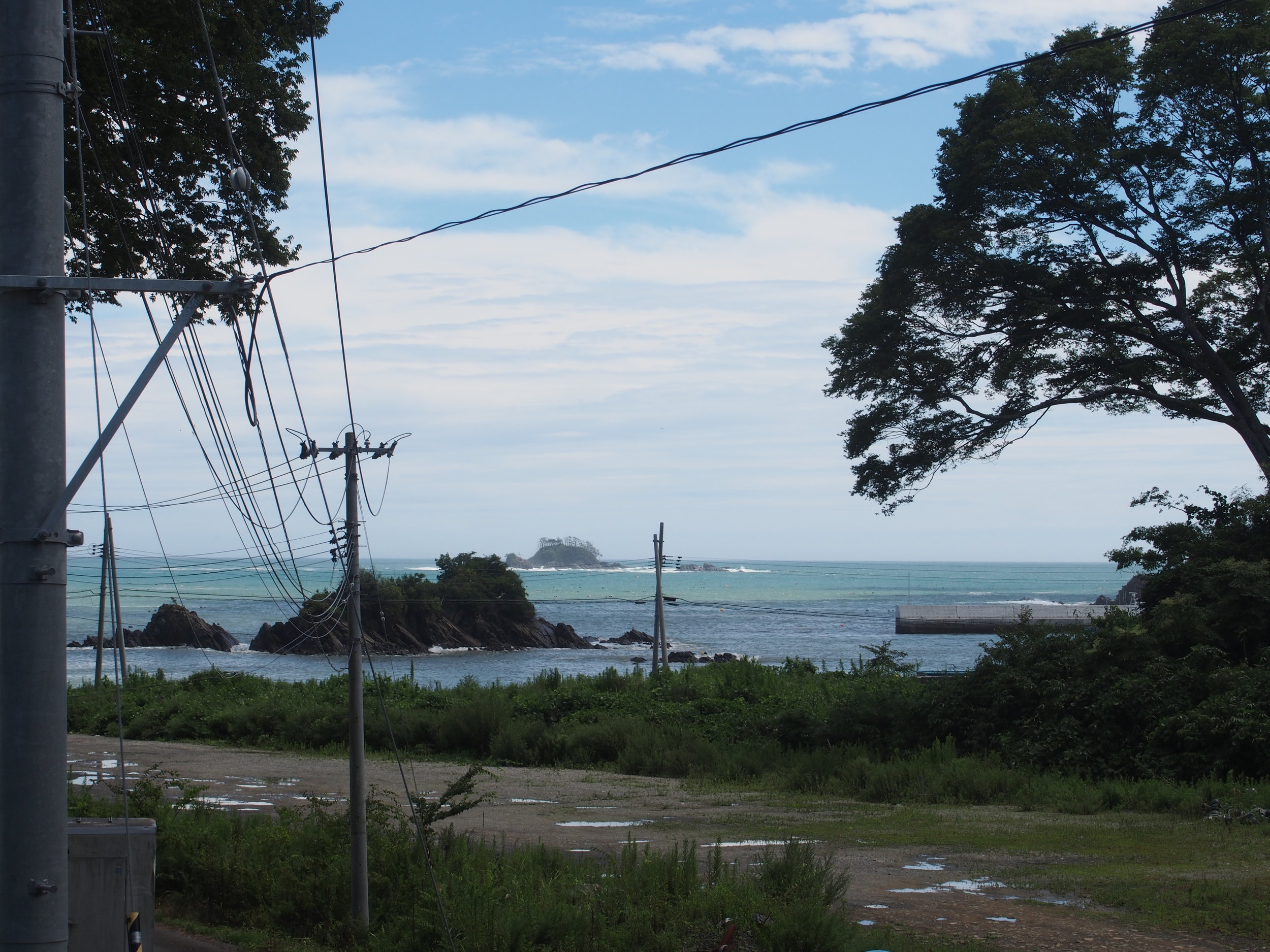 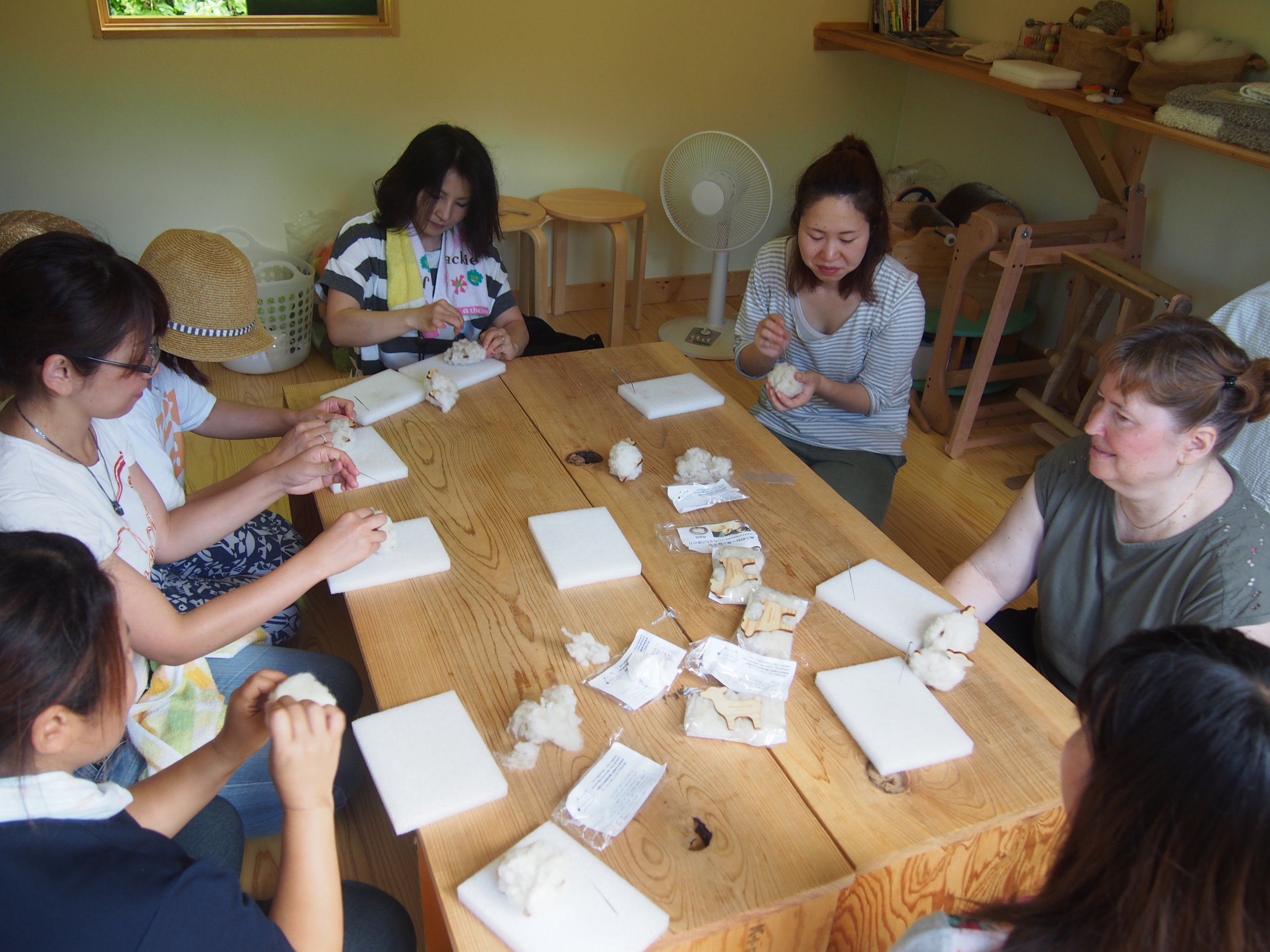 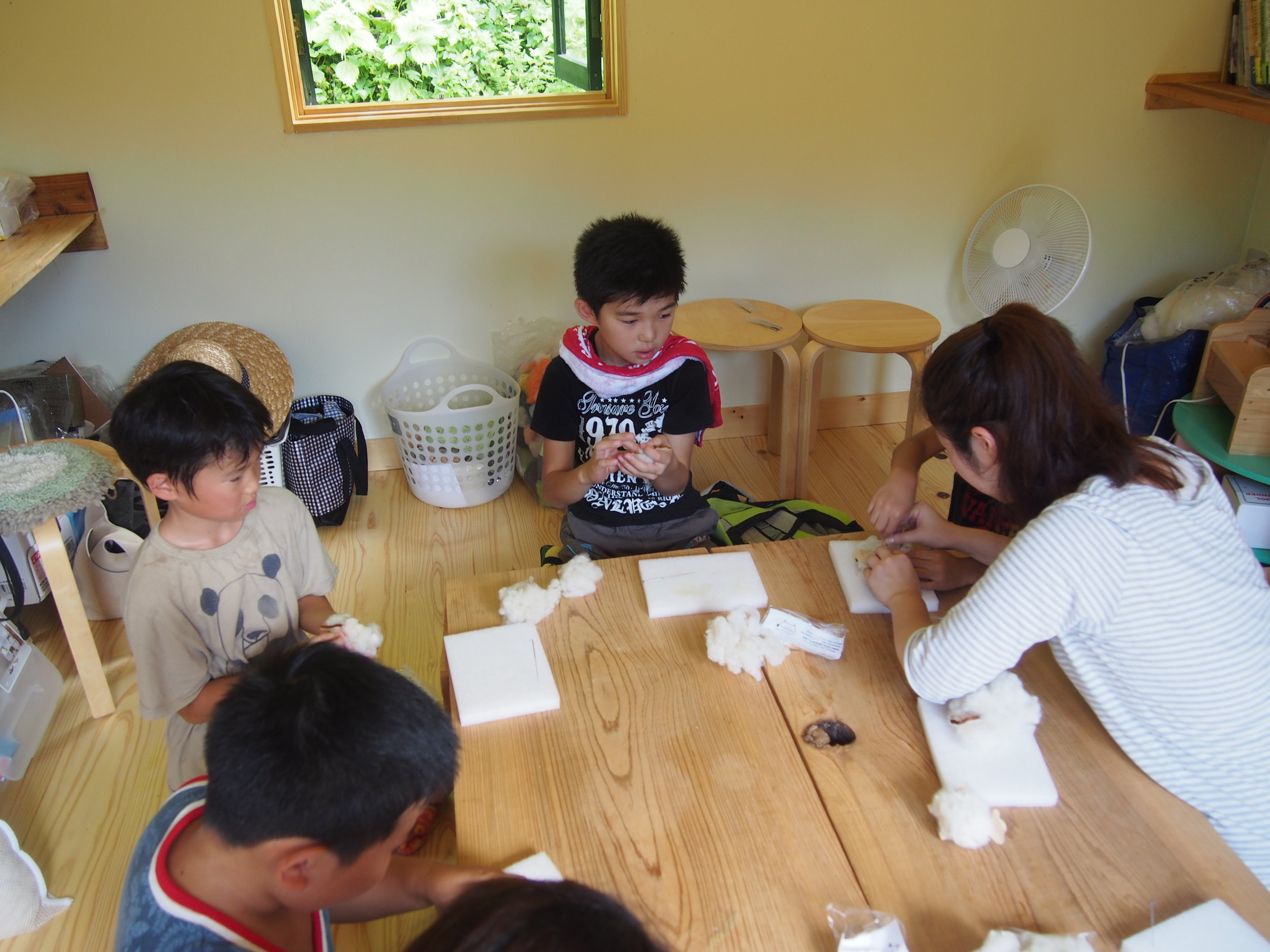 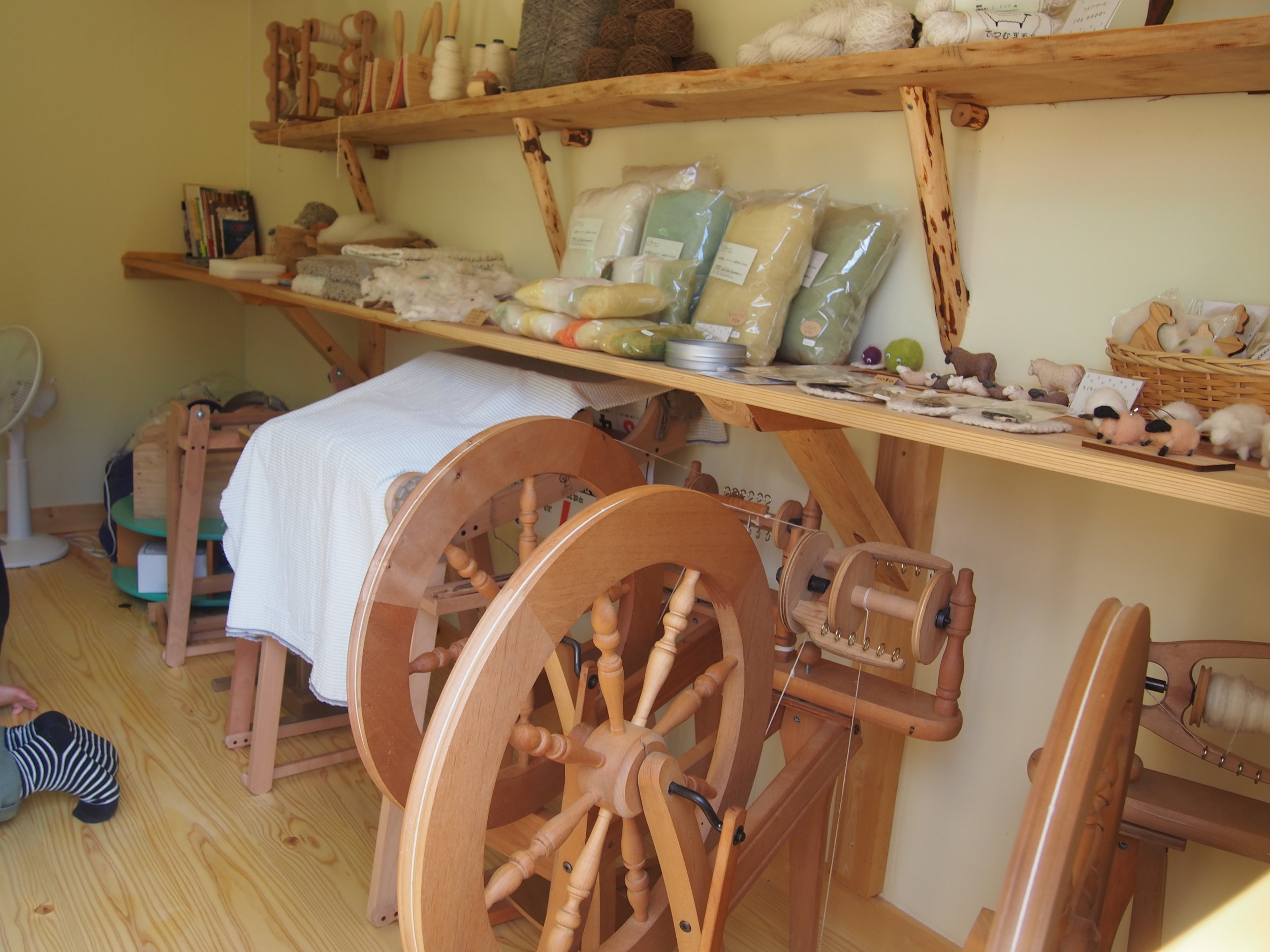 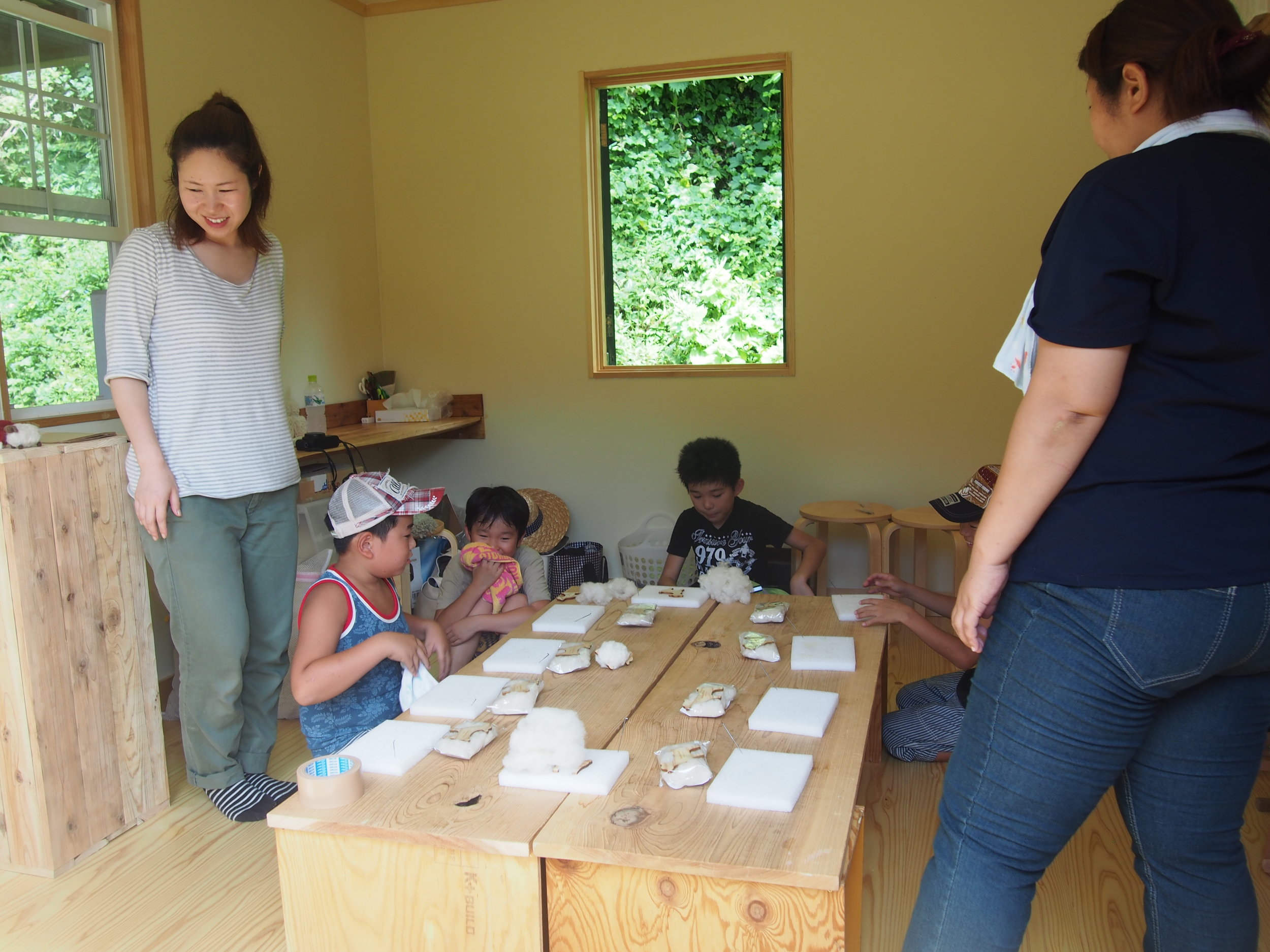 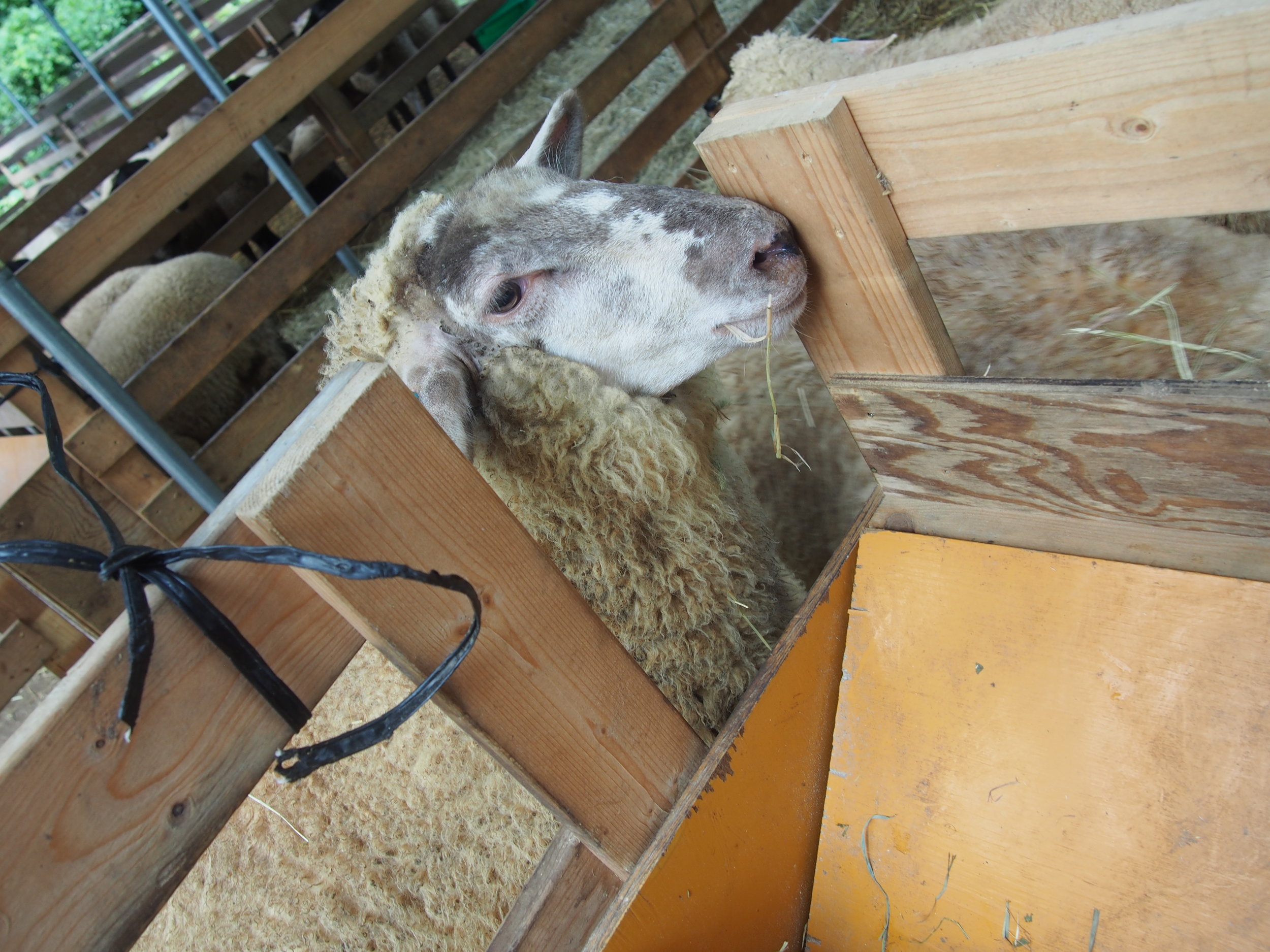 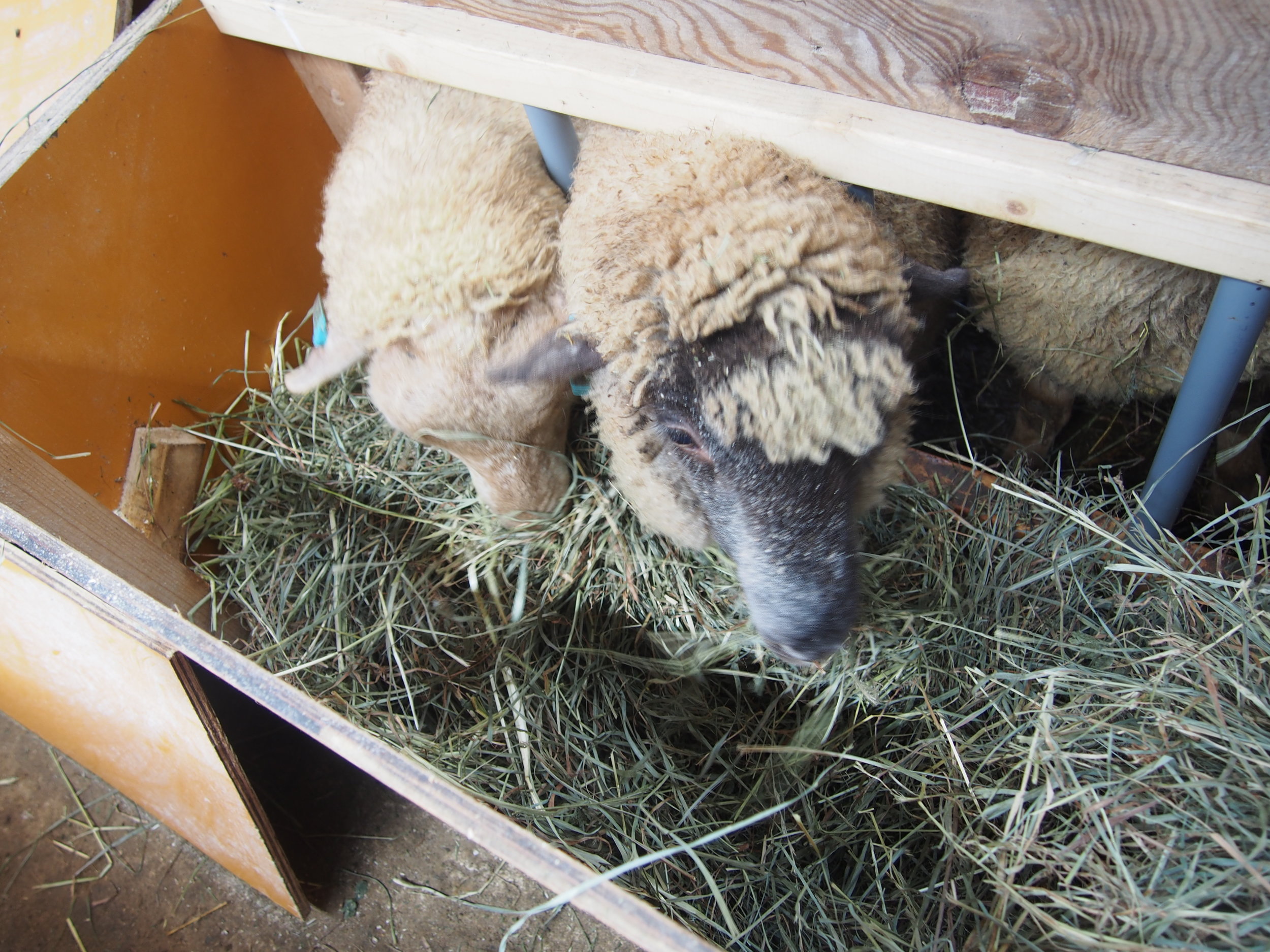 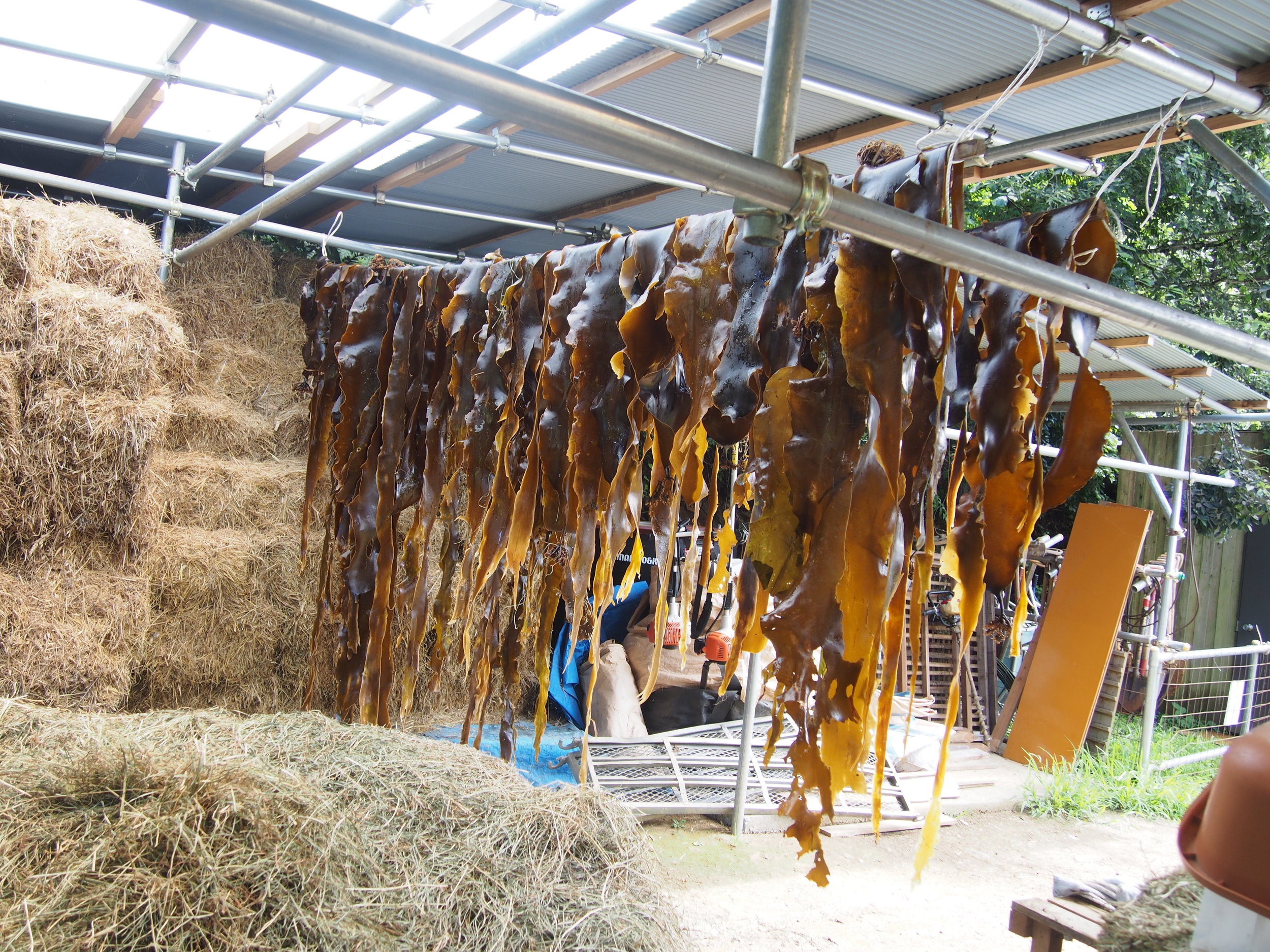 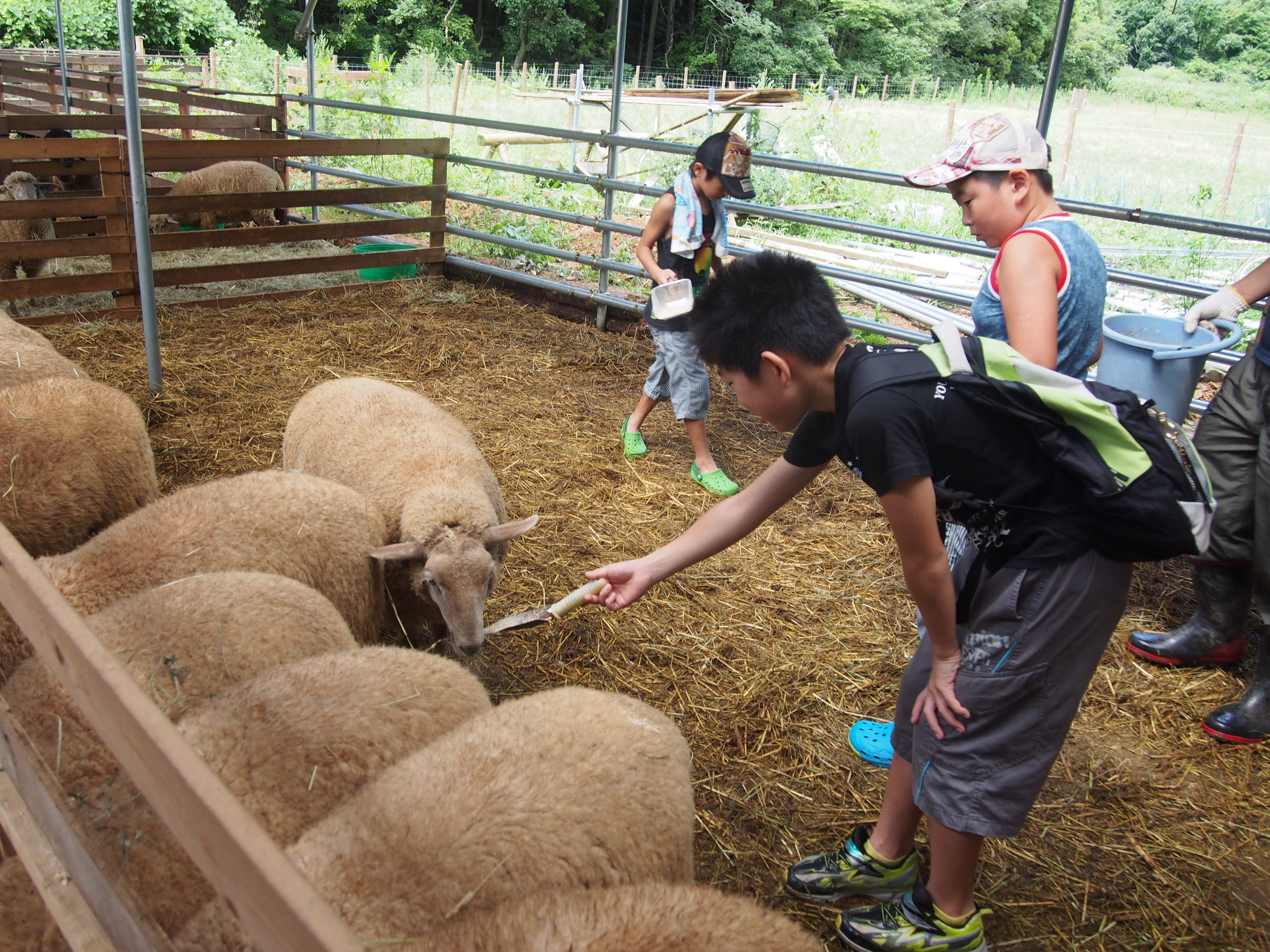